The Physics 30  Diploma Prep offers a complete and thorough review of all course content.

Our program provides you with three days of face to face in-class instruction and review. Our knowledgeable and skilled professional instructors guide you through course key concepts, reviewing previous learning and providing test taking skills and tips that will provide you with a clear advantage on your diploma exam. This program will greatly enhance and clarify your understanding of diploma concepts and ensure you feel confident walking into the diploma exam.

Our Physics 30 prep course will cover the following areas: 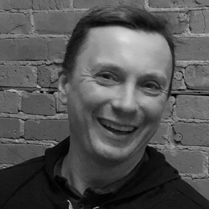 Dion Skitsko received his B.Sc. in Physics from the University of Alberta, followed by a B.Ed. He has an extensive background teaching Physics and participated in writing the Physics 20-30 program of studies and served as an accuracy reviewer for the Pearson Physics textbook. Dion was the Provincial Physics Examiner for several years before working with Apex.

Mr. Skitsko was the recipient of one of thirteen 2014 Canadian CAP Awards for Excellence in Teaching High School/CEGEP Physics (Prairies and Northwest Territories).

Mr. Skitsko’s Physics 30 class scored higher than any other class in Alberta on the Diploma Physics exam.